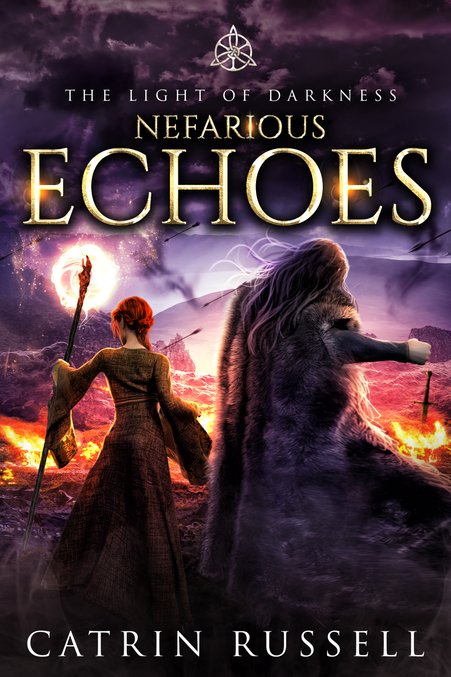 Evil lurks in the shadows. More demon villages are left decimated, and the Panther tribe is torn apart.

In her new role as Matriarch, Anaya fights to keep the Panther demons united, yet trust seems impossible to gain. Especially as rumours surface about the death powder being a Priesthood tactic. Neither Samael’s strength nor the power of the House of Fahd seem to be enough to stem the Primes’ discontent.

Anaya must rally the priests, hunt down those responsible for the rising death toll of demons, and clear the Priesthood’s name.

Samael, in turn, must prove his worth to earn the respect lost when taking a priestess for his Consort. Not an easy task, when enemies seek to destroy the unworthy Matriarch and his illegitimate child.

Anaya prays for strength, and that the Goddess – or whatever She may be – would aid them in their peril. And yet, no reprieve is granted, for either demon tribes or Priesthood.

Will the Panther tribe stand strong under the House of Fahd? And will the Priesthood restore their tarnished name?

With yet another enemy lurking in the shadows, waiting for the perfect time to strike, the future could not be more bleak for priests and panthers alike.

Now more than ever, Light and Darkness must unite and stand firm against the terrifying dangers encroaching on all sides.

Will this be their final hour? Or will they prevail?

Note: Nefarious Echoes is the fourth book in The Light of Darkness series and closely follows the events of The Resurgence of Light. It shouldn’t be read as a standalone.