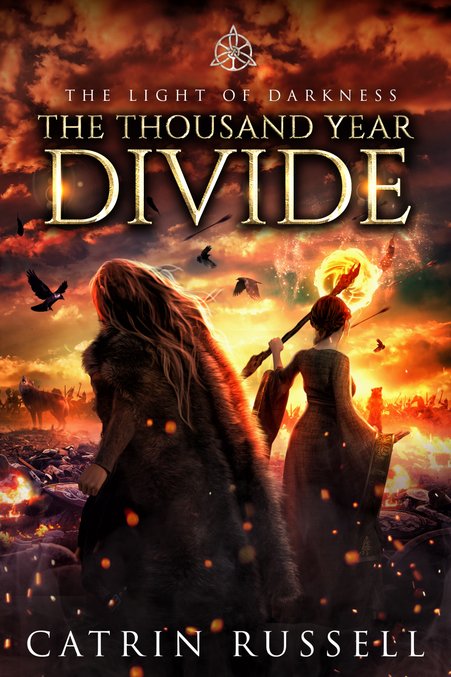 A king betrayed. A deadly powder in the hands of a merciless enemy. A ruthless mercenary Queen with an agenda of her own and an army ready to march upon the Midlands.

Alongside the Priesthood, demons are a formidable force. Still, not everyone wants to be affiliated with the terrifying creatures of Darkness. The allied tribes might be the final affront, sparking a war in the Midlands. Yet, demon tribes do not even offer mercy to each other.

The Obsidian Trials provide a unique opportunity for Anaya to earn the support of the Panther Tribe, but not all demons are willing to align their fate with a human priestess... unless she can prove she’s worthy of their trust.

The stakes are higher than ever. Anaya and Samael must stand strong, bring the Trials to a successful end, and prove themselves to the Demonic Council. All the while, they cling to a frail hope that their efforts have not been in vain.

With time fading and treachery lurking at every corner, prophecies unravel, and the lines between enemy and ally blur as never before. Priesthood, demons, and humans alike must trust one another or they will fail. Centuries of prejudice and strife are not so easy to set aside.

In a time when the Light needs the Darkness like never before, can humans and demons bridge the divide between them?

Note: The Thousand Year Divide is the sixth book in The Light of Darkness series and closely follows the events of Wake of Sins. It shouldn’t be read as a standalone.