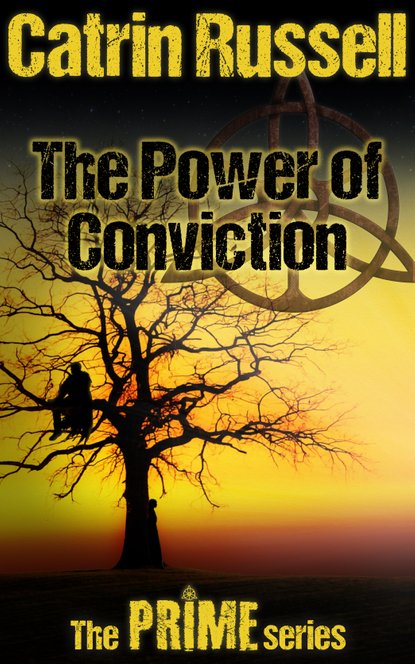 The Power of Conviction

The Darkness was closing in over the Midlands, with the Priesthood being the only one daring to stand up against its terrifying presence.

Trained in the arts of the Light, the priests walked a bloodied path through the scores of demons, seeking to rid the world of their unholy presence. But the fight against demonkind was becoming increasingly perilous, and danger rose to threaten the Priesthood’s very survival.

The priestess Anaya stands resolute in her conviction. Despite the dangers she must endure along her dedicated path, her unwavering faith in the Goddess and Her divine supremacy doesn’t falter. She’s set on following the orders of her High Priest, no matter how gruesome.

Until one day, when all her beliefs are challenged…

A fateful meeting with the elusive demon Samael opens the doors to doubt and Anaya begins to question the very path of the Priesthood and of all those steadfast in the preachings of the Goddess.

Were they wrong about demonkind? Was her purpose in life truly for naught?

Note: The Prime Series contains subjects and scenes that depict violence, torture, consequences of prolonged sexual abuse, emotional scars and suffering, as well as mature language and steamy scenes. It is therefore intended for a mature audience.

The Prime Series is perfect for readers who enjoy High and Epic Fantasy with dark undertones and a touch of romance.

Want to read about the characters in the Prime Series? Click the link below!